Singing his way across the country for others, Jack Knight has stopped at hundreds of police stations and firehouses to thank first responders for their efforts. Volunteering as Operation Gratitude’s current Morale Officer and Goodwill Ambassador,  Jack has driven over 80,000 miles and sung to more than 30,000 veterans and first responders since the organization was founded in 2003. Jack served in the Army two years before Vietnam and cites some of his favorite memories as pitching a no-hitter in an Army softball tournament and being in Washington D.C. at the same time as Martin Luther King Jr. He’s modest about his own contribution during his time in service, but says he feels he has a debt to pay to those men and women who are out there now.

Jack grew up in Boston and lived in New York, before making his way to California to pursue an acting career after his military service. Not long after arriving, his talents in acting, music, humor, and public speaking caught Hollywood’s eye, landing him roles in prominent films and television shows. One of his most memorable television commercial spots opened the 1974 Super Bowl. He was a guest on The Johnny Carson Show twice, and was regularly seen on Cheers. He has also appeared in several films including L.A. Confidential, Catch Me If You Can, and Moneyball and guest-starred in television episodes of Magnum, P.I., The Nanny, JAG, NYPD Blue, and Law and Order. If Jack could be remembered for one thing, it would be his art. He says music and acting have been some of the most important parts of his life because of their power to affect emotions and uplift others.

Like everyone else in the wake of 9/11, Jack took the attack personally. He left New York City the week the Twin Towers opened and though he never had a chance to visit them,  when they came down, his heart was immediately brought back to New York. Jack went to work volunteering his support to first responders through writing songs such as “You’re a Hero in My Eyes” and “Fallen Heroes.” He finally returned to New York in 2002, for the first anniversary of the attack. Now each year, Jack sings his ballads from Los Angeles to New York. His favorite memory from these journeys is ending one at Ground Zero, where he sang to over 1,000 firefighters in attendance.

His song “You’re a Hero in My Eyes” is a touching reminder of sacrifice and conveys the feelings of how all Americans feel about our heroes:

“…Every time you put your life on the line

You’re a hero in my eyes.

Every time you go above and beyond

You’re a hero in my eyes.

No one joins up to be a hero,

But you are heroes one and all.

You’re the ones we trust and count on,

Jack has gone above and beyond in his volunteer effort to thank those who serve.  He helped Operation Gratitude start the First Responder program, which allows civilians to come together to honor the local police officers, firefighters, and EMTS who keep our communities safe. He wants every public servant to know that grateful Americans appreciate their service and sacrifice.

Like Jack’s example, there are so many ways that we can say “thank you” to our nation’s heroes — and they all make a difference. We are proud to highlight Jack and thank him for his many years of service in supporting our mission and helping us create a future where all who serve know the American people care. In honor of our upcoming 19th birthday on March 19th, we invite each of you to share your “OG Story” on social media using #OGTurns19. When you share your story, you help spread awareness of Operation Gratitude and our mission of saying “thank you” to all who serve, as well as inspire your friends and followers to join us on the journey as a volunteer or supporter!

Volunteers are the heartbeat of what we do at Operation Gratitude. We couldn’t accomplish our mission without the support of grateful Americans across the country.
Learn More ›
Menu

Volunteer at an Event

Join us at an event as we open our doors to volunteering. The safety of our volunteers and recipients is our top priority. 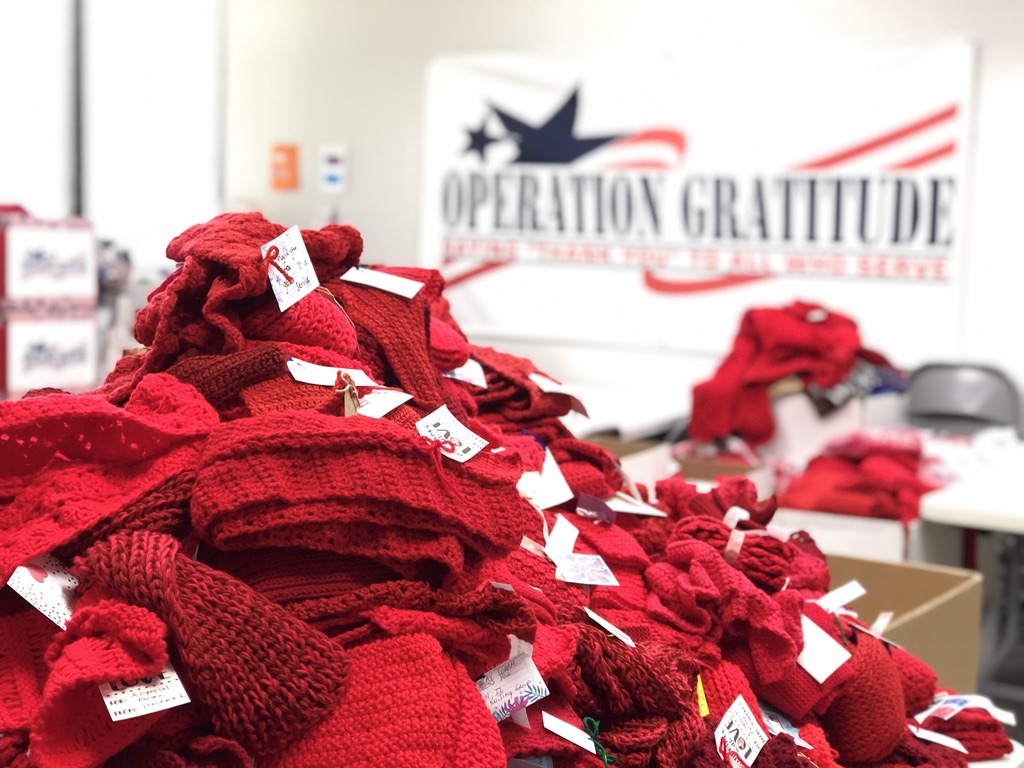 Craft a Handmade with Love Item 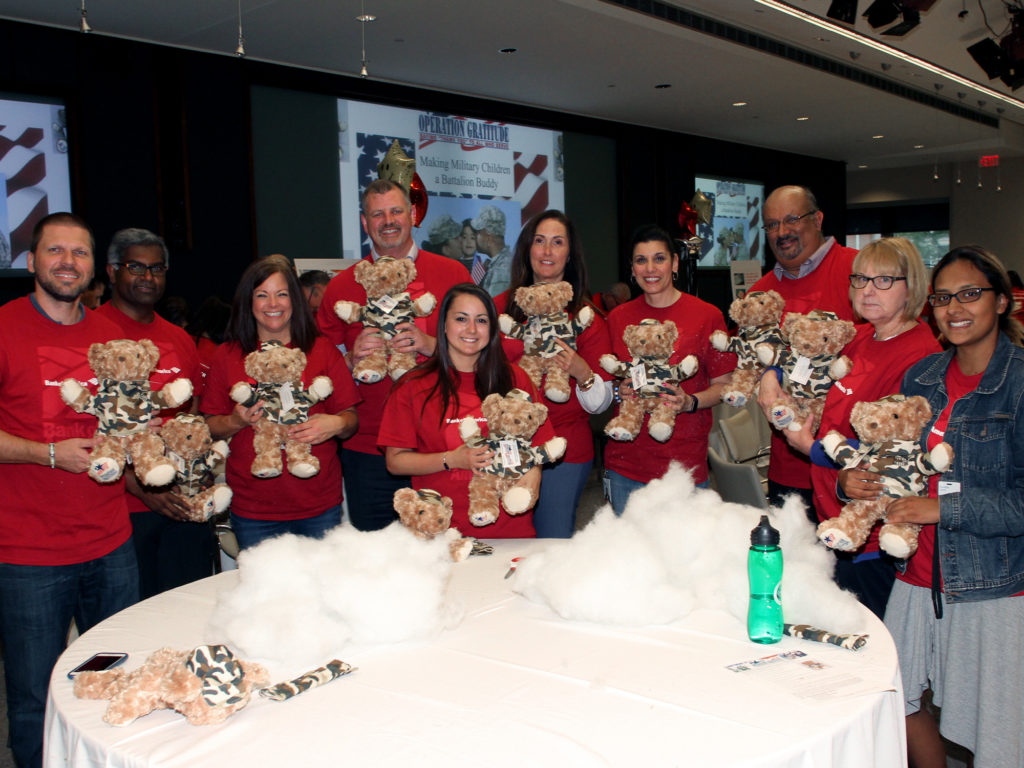 Volunteer with Your Company

Partner with Operation Gratitude to organize a customized employee engagement event at the location of your choice.
Learn More ›

Operation Gratitude is a tax-exempt public charity (federal tax ID #20-0103575).
All contributions are tax deductible to the extent allowable by law.